Simple rules and easy gameplay, Bingo is one of the most exciting casino games to play online. In this guide, we take a detailed look at everything you need to know about online Bingo, from gameplay rules to how to play it online. Also, we offer a comprehensive list of the best Bingo sites and apps that make for an incredible Bingo experience. Let's get started!

Most Popular in India

Also known as Lotto, Bingo is a popular casino game that has been around for centuries now. The origins of Bingo are believed to be in Italy, where the game was introduced to the world as a lottery called ‘Il Gioco del Lotto d'Italia', in 1530. From there, it went on to become a favorite of the French aristocracy, where it was known as ‘Le Lotto'.

It's believed that when Bingo arrived in France, it evolved into something resembling the game of chance we know today. By the end of the 18th century, the game found itself a place in Britain, where it became increasingly popular across industrial towns and cities. The game eventually became popular in several other nations, including the US.

With the advent of online gambling sites in the early 21st century, it's now possible for players to enjoy Bingo games from the comfort of their homes or even on the move.

How to Play Bingo

As with many other online casino games, the game of Bingo is easy to learn and fun to play. Bingo is a chance-based game in which the player has a set of Bingo cards with numbers printed on them. The player needs to mark the numbers as they're randomly drawn out of the pot by the dealer. The pot in many Bingo games usually consists of 99 balls with the numbers 1-99 marked on them.

In order to play the game of Bingo, you first need to purchase Bingo cards. At most online casinos, the price of the Bingo cards is pretty cheap, ranging from Rs. 50 to Rs. 500 per card. As compared to the ticket price, the potential winnings can be made up in thousands or even lakhs of Rupees, depending on how lucky you are on that particular day.

As you'd guess, each Bingo card is unique and carries a fixed amount of numbers on it. As the numbers are drawn randomly from the pot, you'll mark your Bingo card if your number shows up. If you manage to get a full line or a full Bingo card, you have a Bingo. This means that you've won the prize.

Pretty simple, right? Bingo is a very simple and easy-to-understand game. Anyone can start playing it after watching a few rounds of the gaming action. The only important thing is that you try your hands at it, and then you'll learn swiftly.

Where To Play Bingo Online?

Although Bingo is a very popular game across the globe, it can be difficult for players to find an online casino in India that has this game. So, after testing and trying numerous online casinos, we've created a list of the best casino sites that have a variety of Bingo games on offer. All our recommended casinos are licensed by leading gambling authorities and several local payment methods. So, players can rest assured that they'll have a safe and seamless Bingo experience with any of them.

Overview: Casino is a fantastic online casino that provides players the chance to try their hands at numerous exciting Bingo games, which include:

Review: If you're looking for a modern and convenient online casino that caters to Indian players, then Casino Days must be your go-to site. Along with online Bingo games, the platform has a variety of online and live dealer games on offer, including Blackjack, Baccarat, Roulette, and Slots. The platform caters to Indian players by accepting Rupees deposits, and it also offers Indian classics such as Teen Patti and Andar Bahar. With a variety of bonuses and promotions on offer and excellent customer support available, Casino Days is one of the best online casinos in India.

Overview: Unibet has one of the biggest selections of Bingo games on offer for Indian players. The platform provides players the chance to try their hands at numerous exciting Bingo games, including:

Review: Unibet is an international online casino that has one of the biggest and best Bingo selections in India. On Unibet, you'll find both sports betting as well as online casino games, including an amazing selection of online Bingo games. With Unibet, all new players get to take advantage of a great welcome bonus, and there are various other bonuses and promotional rewards on offer for regular players. All in all, if you want to be a part of the best online Bingo experience in India, we recommend you to check out Unibet casino.

Overview: 1xBet has an amazing selection of Bingo games that includes several exciting titles such as:

Review: 1xBet is another great online casino that has one of the best game selections of any casino site in the world. Along with Bingo, you can play pretty much any kind of casino game at 1xBet. This includes Slots, Roulette, Blackjack, Keno, Lottery, and more. With 1xBet, both new and regular players can take advantage of several exciting bonuses and promotional rewards. Another great thing about 1xBet is that it allows Indian players to make payments in Indian Rupees via several popular payment methods. So, head over to 1xBet now and check out the various Bingo games now!

Today, mobile Bingo is the preferred way for many players to enjoy a quick Bingo session. To cater to these players, there are several online casinos that have developed native apps and offer fully optimized mobile sites. The mobile apps by top online casinos such as Unibet and 1xBet are compatible with all the major operating systems out there, so you can download them on any device of your choice. Alternatively, you can also access the mobile version of the site through the browser of your mobile device. Playing through the mobile browser offers the same perks as playing on a downloadable app, so it's just a matter of personal preferences which one to choose.

How to Play Online Bingo for Cash in India?

For players who're new to the world of online casino gaming, playing Bingo games online might seem like a daunting task. However, getting started with online bingo games is a pretty easy and straightforward task. All you need to do is follow the below steps and you can start playing online Bingo in no time.

As with many other online casino games, the world of Bingo enjoys a language of its own. Below is a list of some of the most common Bingo terms to help you get started:

Admission Pocket - Admission pocket refers to the minimum number of cards that you need to buy to take part in a game.

Bingo Ball - A Bingo ball is a ball with letters and numbers printed on it that is used in the selection process of a Bingo game.

Blackout - This is a type of Bingo game where the aim is to completely clear your Bingo card. Each number on the card needs to be called in order to win.

Flash Board - A board that displays the Bingo numbers called.

Minimum Buy-In - This is the least amount you need to spend to be eligible for the prizes.

Full House - This is a condition when all the numbers on the Bingo card have been marked off. Most online Bingo games end when a player has struck a full house.

Regular Pattern - These are the standard ways of winning a Bingo card: a horizontal line, vertical line, and diagonal line.

As a new online Bingo player, you'd probably want to familiarize yourself with the rules and other aspects of the game. That being said, you can always try out the game before wagering real cash. Many online casinos that host games from the top software providers usually facilitate demo play for players. In fact, some operators even allow players to play Bingo games for free without signing up.

Once you're confident enough, you can register for an account with the site, make your deposit, and start playing for real money. Just make sure to play responsibly as it will make for an entertaining and memorable Bingo experience.

Is Online Bingo Legal in India? 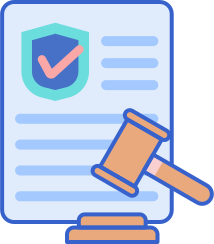 The legal situation surrounding online Bingo in India (and gambling in general) is a bit complicated. Gambling laws in India are different for each individual state in the country. The only jurisdictions where both land-based and online Bingo games are regulated are Sikkim, Daman and Goa. However, only a handful of Bingo has been issued licenses to operate even in these three states.

Is it to say that you can't play online Bingo in India? Well, not exactly. Many Indian players choose to play their favorite casino games with international casinos, and there are several offshore sites that accept Indian players. As the non-Indian casino sites are based outside India, they're not subject to the Indian gambling sites. So, you can easily and safely play Bingo with any of our recommended international casino sites.

How do you win at Online Bingo?

Each online Bingo game comes with a pattern you need to form on the Bingo card, such as a single line, an “X”, four corners, and other types. When you manage to complete the pattern on your card and it gets confirmed, you win.

Yes. It’s technically possible to win real cash when playing real money Bingo games. However, as the game of Bingo is largely based on the element of luck, we suggest you to seek it as a form of entertainment instead of a way of winning real money.

No. All licensed online casinos feature Bingo games that make use of a Random Number Generator to ensure that the outcome is completely random. So, you can rest assured that online Bingo games are not rigged, as long as you play with our recommended casino sites.

Can I play Bingo for free?

Yes. There are several online sites that allow players to try Bingo games for free before trying it for real money. Also, you can choose to play Bingo using the no deposit sign up bonuses offered at many online casino sites.

Is it legal to play Bingo online in India?

The Indian gambling laws restricts playing games of chance for real money in the country. However, these laws don’t apply to off-shore casino sites. So, it is legal to play Bingo online in India as long as you’re playing with a licensed international casino site.